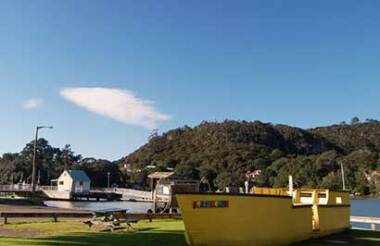 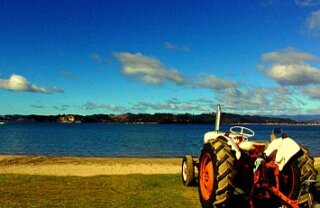 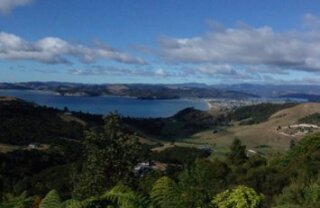 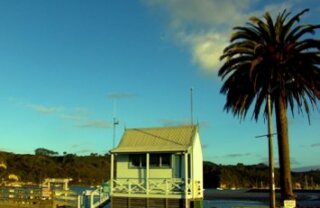 Whitianga is located at Mercury Bay on the eastern coast of the Coromandel peninsular, a 3 hour drive from Auckland and 1 1/2 hours from Thames. Captain Cook arrived there in 1769 to observe the transit of Mercury and hence the bay was named. This small bustling town once played a major part in the kauri logging industry with over 150 million metres of timber being exported between 1830 and the end of the century. The Whitianga museum, housed in the old dairy factory displays an interesting collection designed to relay engrossing tales of the time.

Today the town has a many cafes and craft shops with its income derived mainly from tourists. The summer months bring visitors to enjoy fishing, surfcasting and swimming along the palm fringed beaches. But the largest attraction is probably the big game marlin fishing with many charters available to hunt in the rich waters of the Pacific Ocean.

On the other side of the harbour is Australasia's oldest stone wharf from where a passenger ferry takes visitors to the delightful Cooks Beach just a 5 minute walk along the road. Nearby is Buffalo Beach, named after H.M.S. Buffalo, a ship taking convicts and settlers to South Australia that blew aground in 1840. As well as Opito Bay, Flaxmill Bay and Kuaotuna Beach to name but a few of the many locations easily visited from Whitianga, the region is well worth a visit.