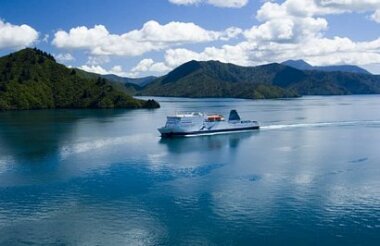 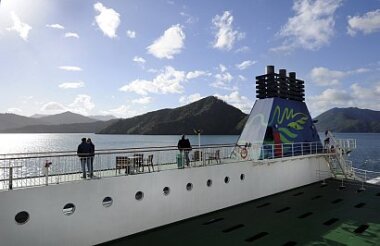 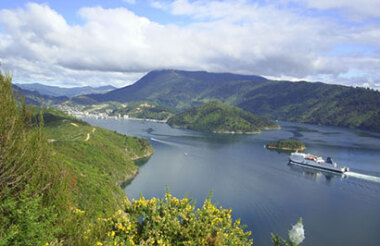 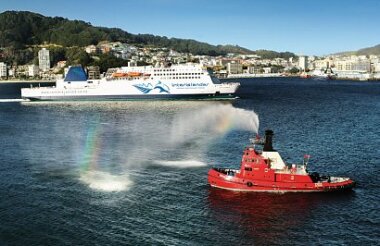 The 92 km journey between Picton and Wellington or vice versa takes around 3 hours and has been described as 'one of the most beautiful ferry rides in the world'. Around one hour of the cruise takes you through the Marlborough Sounds. This region of bush covered mountains, small islands, crystal clear waters and secluded bays is a true photographic opportunity. From the Cook Strait spectacular views of the Kaikoura Ranges on the South Island can be enjoyed and dolphins and many sea birds are often seen. Wellington Harbour sees you pass many interesting points such as Pencarrow Head on top of which is New Zealand's oldest lighthouse (1859). Red Rocks is home to a seal colony and Oterangi Bay is the site which recorded the countries highest ever wind speed of 268 kph (167 mph).